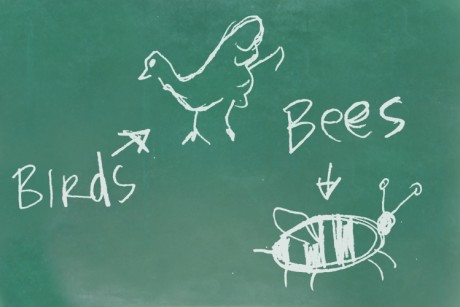 Sex education, instruction on sexuality and the human body, has not always been prominent in schools; however, due to the high rates of STDs that are emerging, it has been in high demand. Due to the high rates of STDs and current controversy regarding the sex education in Omaha, this study focuses on why it is a highly important subject. This study analyzes various forms of data to explore the different aspects of sex education. Various OPS school board meetings showed what parents and students had to say about this topic. Many articles and magazines showed studies proving how effective or ineffective sex-education classes were. Throughout this study there are constant themes within the journals, videos, and secondary analysis. This topic is controversial, emotional, and complicated. People tend to be very passionate, be it for or against sex-ed.

As stated, this topic has been proven to be very controversial. People tend to either be unwavering in their support of it or adamant in their utter hatred towards it. Sex education has been beneficial to students; however, the controversy is not necessarily whether or not sex education is helpful or not. The controversy lies in the idea that sex education does not belong in school. Everyone knows that knowledge is power, but people who oppose it want to teach their children about sex on their own agenda. Students need to know this information, but the issue is who teaches children and when. In order to practice safe sex, they need to understand all the potential consequences of unsafe sex and how they have enough power and respect for themselves to be safe. The people who want sex education to be an important part of school feel that students need to have all the knowledge and resources to take care of their body. The people who oppose sex education are often driven by religion or conservative values. They argue that freedom of religion plays a role in this situation. They want to raise their children to abstain and not have pre-marital sex. There are differing views because of the teaching and parental aspects that clash. In the journal article “The Association of Religiosity, Sexual Education, and Parental Factors with Risky Sexual Behaviors,” a study showed that although the majority of religious students practiced abstinence, a majority of the students were not religious. This proves that the majority of students are not practicing abstinence and need a sex-education.

Emotions such as anger, sadness, pride, defensiveness, and happiness were evident. People seemingly have a strong emotional connection with this issue. With emotions running high, it proves to be difficult to make an unbiased decision while respecting the wishes of the parents. In a video of the Omaha Public School meeting, there were parents slamming their fist in anger and some were crying in sadness. Most parents were against having sex-education as a requirement in school curriculum. One retired teacher said “we are raping children of their innocence.” Despite the proof that Omaha has a Chlamydia rate that is five times greater than the average, parents do not believe a better sex education is the answer. A woman in the OPS board meeting began to cry and held a bible up as she said “I will pray for the souls of the children.” People who were supportive of sex-education were emotional as well. One woman got angry as she said “I am worried about the dangerous effects wrong information will cause. If we do not provide them with the correct information, they will rely on their friends and the internet as sources, and will most likely get the wrong information. Why is this even up for discussion? We are talking about the safety of our children!” Pride is very obvious in the parents as well. One mom said “the day I start teaching my child science and math is the day you can teach them about sex.” Parents generally were against sexual education for emotional reasons; however, articles that have done studies proved that parents who opted out of having their children in these classes did not have a high rate of abstinence; the STD rates were actually higher, proving that knowledge is power.

Having a curriculum of sex-education is one thing, but making sure students understand the curriculum is another thing. Comprehensive education is about students being taught about contraception and STDS. An abstinence only education is not enough because there will be students who become sexually active. Once we come to a consensus on whether or not sex-education truly belongs in school, it begs the question; what will be taught and when? It is important that sex education starts young enough that students have the resources before they become sexually active; however, it is important that their innocence is maintained as long as possible. If sex education is kept in the classroom, it needs to be comprehensive, age-appropriate, and all topics are covered. It needs to be broken down so that the information is understood. If a class of fourth grades are having a discussion on sex, it does not need to include HIV, anal sex, or LGBT information. On the other hand, if a class of high school seniors are having a discussion on sex; it may be time to introduce these in-depth subjects so that they are as prepared as possible. In the journal article “The Association of Religiosity, Sexual Education, and Parental Factors with Risky Sexual Behaviors,” a study showed that although the majority of religious students practiced abstinence, a majority of the students were not religious. This proves that the most students are not practicing abstinence and need a sex-education.

As the rates of pregnancy and STDS rise, there becomes more of a need for sex education in schools. Students need to understand the dangers of unsafe sex and cannot rely on parents or friends to teach it to them. The parents may have outdated information while their peers may have false information. If there are parents who feel uncomfortable with sex-ed classes, they have the opt-out decision. It is not fair to leave all students uninformed because of a select few who don’t want the knowledge.